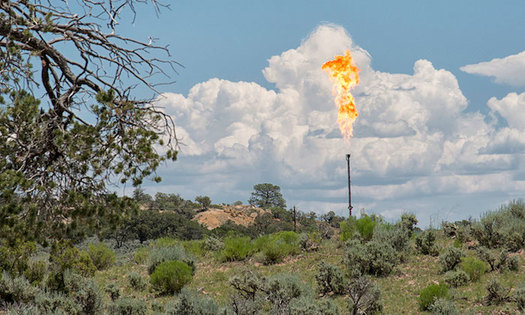 New Mexico collects a higher share of federal royalties and proceeds from oil and gas leases than other Western states. (blog.ucsusa.org)

ALBUQUERQUE, N.M. – New Mexico’s dependency on revenues from the oil and gas industry has the state back in the spotlight as President Joe Biden’s moratorium on oil and gas leases enters a second month.

Earlier this week, New Mexico Rep. Yvette Herrell – R-Alamogordo – introduced legislation to exempt the Land of Enchantment from the moratorium, citing potential job losses and reduced funding for public education from the leases.

Some conservatives, however, say it’s appropriate for the Biden administration to end what they call the Trump administration’s wasteful lease policies. Dave Jenkins, president of Conservatives for Responsible Stewardship, said taxpayers shouldn’t be losing money on the leases.

“These oil companies have stockpiled thousands upon thousands of leases and permits that they haven’t used, and so they’re set for awhile,” said Jenkins. “So it makes no sense for us to just keep leasing, when the price of oil is down.”

According to Taxpayers for Common Sense, between 2010 and 2019, taxpayers lost out on more than $12 billion in revenue from drilling on public lands because of the federal government’s outdated fiscal policies. The group noted that half of that money would have funded schools and other needed services.

Jenkins said while oil prices plummeted throughout the pandemic, oil and gas companies were nonetheless granted leases with minimal drilling potential that will generate little if any revenue for New Mexico communities. He noted that even though the federal government leased an additional 10,000 New Mexico acres in 2020 than the year before, taxpayers lost money on the transactions.

“In 2020, they leased out over 70,000 acres but only brought in $31 million – a $14 million difference,” said Jenkins. “Because they were trying to move those leases at a time when the demand was low for oil and the price was low.”

The director of New Mexico’s Oil Conservation Division has said the state can expect “very little short-term impact” from the freeze on oil and gas leases because the industry has hedged itself very well over the past couple of years. Meanwhile, New Mexico Gov. Michelle Lujan Grisham remains “optimistic” the state will not be “punished for its high concentration of federal lands.”

Numerous prospects for oil and gas synergies between Guyana, Suriname –

Weir Group revenues stable after pivot away from oil and gas

OPINION: Junta is the problem in Myanmar, not oil and gas companies |

Oil and gas industry was troubled before climate orders