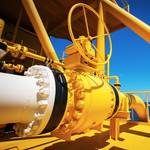 SAP SE and DNV GL – as of today known just as DNV – have recently announced a collaboration aimed at delivering a new industry cloud solution designed to tackle corrosion under insulation, a major problem facing the integrity of oil and gas plants.

CUI is seen as one of the largest maintenance costs for offshore and onshore installations with insulated pipes.

OE: DNV GL/SAP have recently launched a cloud solution to tackle CUI in the oil and gas sector. Can you share more info on how the idea was born?

Both SAP and DNV GL are members in the SIRIUS research center at the University of Oslo a world-leading initiative that addresses the problems of scalable data access in the oil & gas industry and beyond. During a Sirius event, SAP and DNV GL met and started to share ideas – how could we combine DNVGL’s deep technical insight and specialist tools/calculators with SAP state-of-the-art solutions for intelligent asset management and efficient work processes.

Both companies are on a journey to transform from on-premise deployment to cloud-based solutions and we wanted to pick an area of collaboration that move both companies in that direction. After a bit of thinking, we decided to use the corrosion under insulation challenge as a first (of many) cases to explore the possibility of collaboration and increased value for our customers.

OE: How big of a problem is CUI, and why hasn’t there been a standardized solution for it?

The cost of CUI is huge. The Oil & Gas Technology Centre (UK) estimates that it costs the global economy nearly 5 trillion USD, and reports by global industry publications suggest that CUI accounts for more than 40% of a plant’s piping maintenance expenditure.

Despite high spending’s on CUI we have incidents. The Oil & Gas Technology center states that 20% of the major incidents in the European oil and gas industry is caused by CUI. The Norwegian Petroleum Safety Authority report that 50 % of registered leaks from hydrocarbon systems is caused by CUI.
There are numerous standards and specifications available regarding CUI but none of these address how to manage the risk of CUI.

Most of these describe technology and workmanship and to some extent try to calculate a corrosion rate.

DNV GL published a recommended practice to manage the CUI threat in December 2019.

DNVGL-RP-G109 evaluates the different input parameters and assesses the probability of CUI rather than calculating a rate that has proven to be difficult or too inaccurate. The DNV GL Recommended Practice has been developed in a joint initiative with Equinor, AkerBP, ConocoPhillips, GASSCO, and Neptune Energy.

OE: You’ve said that CUI Manager can reduce maintenance costs by up to 50%? Can you elaborate?